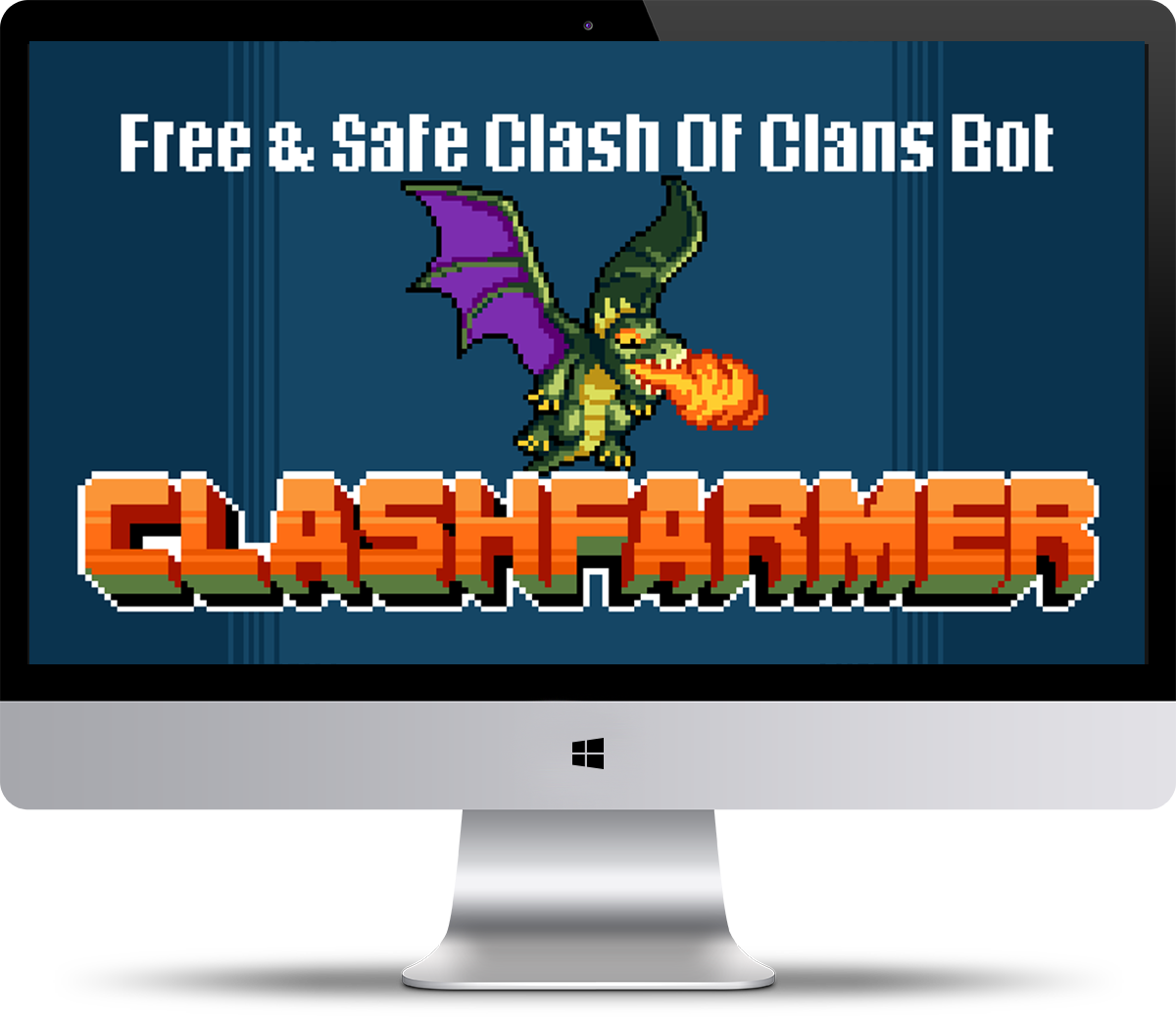 Check out our Clash of Clans Blog

MOST PROFESSIONAL BOTTING TOOL FOR CLASH OF CLANS:

Clashfarmer bot is the safest bot available, as it is the only Clash of Clans Bot that comes with Anti-ban technology. While other bots that are available on the web might give you a competitive advantage for a short time, if they do not have Anti-ban technology, your account will eventually be banned. Clashfarmer will keep this from happening.

Clashfarmer bot is absolutely free and it will forever be available for anyone who wants to use it. Clashfarmer also updates frequently in order to stay ahead of COC game updates, and it is the most professional Clash of Clans bot ever programmed.

This Clash Bot is incredibly easy to use and has a simple installation process. It runs on your computer and utilizes the capabilities of MEmu android emulator. It also has the best background mode so that you can minimize the bot and android emulator windows and running other games simultaneously.

It takes just a few minutes to start using ClashFarmer

Check out our very simple 3 steps tutorial. ClashFarmer is the only COC bot that doesn't require to register in any forum.

Why would I want to use a Clash of Clans Bot?

Clash of Clans is a Free-To-Play or Freemium mobile strategy game available on iOS and Android. Introduced by the Finnish game company Supercell almost five years ago, it’s continued to grow and become a worldwide phenomenon. This has led to events, tournaments, a huge community, spin off games like Clash Royale, and even a cartoon series!

Games are getting more intense and demanding every single year. Freemium games often add tons of content and require resources such as gold and elixir to unlock those new features or play in the top-tiers. Clash of Clans, while a blast to play, requires one resource that all of us have in limited supply. Time. To be the best, you need to grind and spend hours doing menial tasks. This is fun initially but as the game goes on, the rewards are less for more work. This grind is challenging for those who enjoy the other aspects of Clash but don’t want to spend all day farming. So that’s why ClashFarmer bot was invented. Contrary to misconceptions, clash bots aren’t there to help people be “Better” at Clash. They instead help you maximize your ability to collect and harvest resources, as well as perform other meaningless tasks that are just busy-work at the top-competitive level.

Whether its farming or other tedious tasks like collecting resources every few hours, ClashFarmer bot can take away some of that boring and meaningless activity.

Use every available opportunity

CoC bot are pretty sophisticated and can even do things such as attack and participate in battles. You need to sleep, you need to eat, and if you want to be the best, a bot can give you that necessary competitive edge!

By using Clash of Clans bot you can also maintain the social aspects of being in COC. With hardcore clans having strict requirements for membership, a bot can help you interact while your away at work or if you are unable to play for a few days. After all, COC should be fun, not in control of your life!

Features at a glance

Getting started farming with ClashFarmer is very easy.

The only requirements are

Here are some of our chiefs reviews about Clash of Clans Bot: