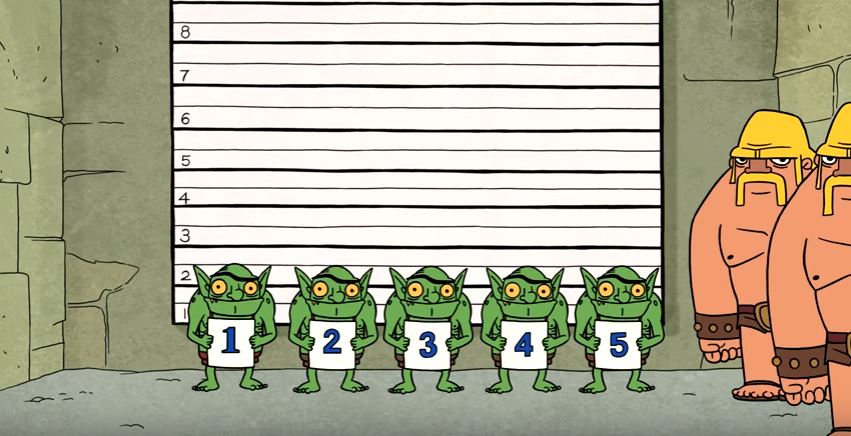 After nearly four years of existence the Clash of Clans world is expanded outside of the in-game experience. This past week Supercell announced that a new animated show based on the mobile strategy game would be debuting in December.

Clash of Clans has been a massive global success since its release. But capitalizing on that success has been minimal. Typically, if a game, or any entertainment property, becomes a world-wide sensation you would see tons of merchandise and spin-off elements. But it has been extremely limited. Just imagine how popular Clash of Clans t-shirts, figures, phone covers, etc. would be?

Yes, there is still knock off merchandise on there, but these items are not official. Outside of a few animated drawings or short cartoons on social media, the big out of game experience was ClashCon. In 2015 the developer held their first ever fan gathering that was streamed live via YouTube. However, a few months back they announced that ClashCon 2016 would not happen.

While not quite the same, this newly announced Clash-A-Rama animated show is a welcome addition to the game mythology.

The YouTube channel released the following press statement along with the preview video:

“Clash-A-Rama, the first ever, original series based on the Clash World. Created by three writer/producers of the Simpsons, and animated by the studio that brought you Futurama. Your favorite Clash of Clans and Clash Royale characters come to life in ten episodes, beginning in December!”

Check out the promotional video short at the following address – “Clash-A-Rama: The Series – Coming this December”.

The Clash-A-Rama team is known for their cartoons on the game, and should have a highly entertaining story in store for fans.

Here are a few questions and answers that might be on your mind after reading that news and checking out the initial video.
1. When will Clash-A-Rama debut? A: The show is set to debut in December, although a specific date was not yet released.
2. How many episodes will there be? A: Ten episodes have been confirmed for season one. If successful (and it should be), you should expect a second season. Based on their prior stand along videos we expected each episode to be anywhere from four to ten minutes in length.
3. Where can I watch Clash-A-Rama? A: You will be able to watch each episode at Clasharama.com, on the Clash of Clans YouTube channel, or via either entities’ social media pages.
4. Who is featured in the show? A: All of the characters, spells and buildings from Clash of Clans and Clash Royale will be available for the show. That is a massive line-up which can provide endless stories.
5. Any surprises? A: It would not be a surprise at all to see Supercell sneak in a few new characters, buildings, spells or artifacts in the background of episodes. Keep your eyes peeled for potential future game additions.

Stay tuned as the first episode is only a few weeks away!