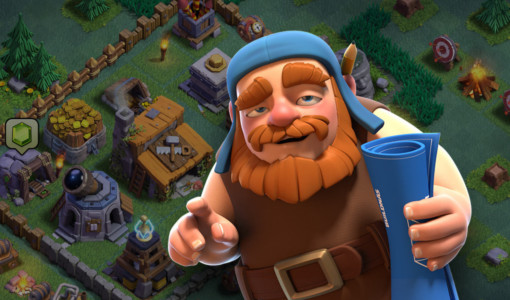 The long awaited and much hyped spring update has finally arrived in Clash of Clans. Outside of balancing updates and periodic in-game challenges, the game hasn’t seen a notable update in nearly a year. The development team built the anticipation on this update, dropping no sneak peaks, and dragging out the wait with short videos of three troops sailing across the sea.

The majority of new content centers around the Builder Base. While there are changes to the main base, that is clearly not the focus on this update cycle. Before we dive into the details, it is safe to say that the Clash community is split on this update. Some love the new mode/village, while others find it a distraction from changes that would have made a bigger impact on the existing base.

If you love Clash Royale you will likely enjoy the Builder Base. If you hate Clash Royale, this is village will seem like an unwelcome chore. Introducing the Builder Base

After years of having the base set along the coast, a few brave clashers built a boat and sailed out into the unknown. At the end of their journey they discovered the Builder’s Base! An entirely new world that feels similar and yet different at the same time.

Everyone is starting over at the beginning in this new world. There is a ton to get to and a lot to discover as players unlock new troops and work on attack and defensive strategies. For today we will cover the main elements of the new content and get into strategy in the weeks ahead.

The new mode is all about ease of play. Troops will build automatically after each battle, each camp can only hold one type of unit, and players have a minute to switch out their troop types once they’ve previewed the opponent’s base. For now, there are no spells in the Builder world, but troops unlock abilities, similar our traditional heroes.

The activity centers around Versus Battle. You have three minutes to attack an opponent’s base, while they are attacking yours. The player with the higher number of stars or percentage wins the trophies. If there is a tie, no one wins and no one loses anything. You can win 3 battles a day for loot to help build up your base.

There is a global and local leaderboard to show who is the highest ranked player in the world. Although, if you want to be there quickly, you’ll need some gems. Several players bought everything possible in the opening 24 hours in order to jump to the top.

So much content was packed into this new update let’s roll through a few more:

Technology from this new world can be used to increase the strength of your home base. Once players have unlocked certain levels on defenses in the Builder Base, a ‘Gear Up’ option will be available back home to unlock those special features discovered from the Master Builder. More on that to come in the future.

Now the main base wasn’t completely forgotten, but you would be forgiven if you feel like that. Many people were hoping for a new troop or improvements to the clan war system. Here is a quick rundown of the changes:

In 2016, the game didn’t receive an update after the May one until October. However, don’t expect that to continue in 2017. The Builder Base will get new content throughout the summer and something will be in the pipeline for the Clan War community. For now enjoy and clash on!