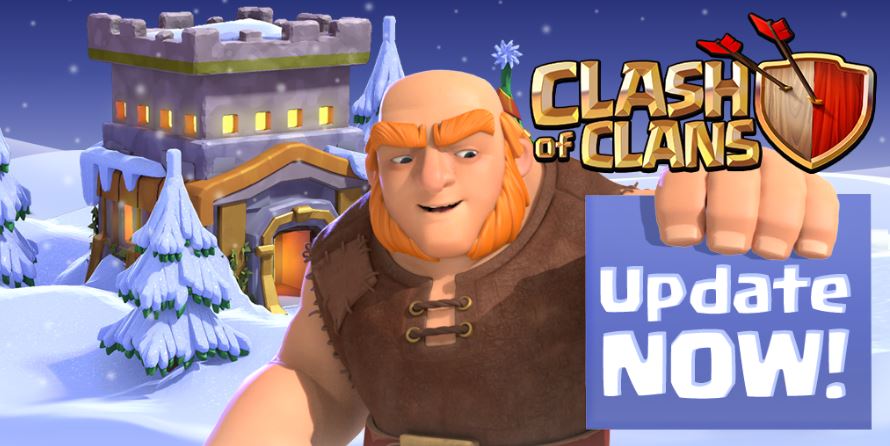 On Monday, the winter update for Clash of Clans arrived. A pleasant surprise for everyone considering the first sneak peek information was only released late last week. Player woke to a new game version that brings snow drifting across the map, a new flash screen as the game loads, and the updates previewed last week.

The new update brings a ton of content for Town Hall 11s to add, while making other items less expensive to help players reach Town Hall 11 quicker. As promised the Clash team delivered three extra surprises with the update. Check out all three below.

Up first and the most intriguing is the special Hog Rider event. In the past players, have become use to all the game’s special events taking place via YouTube. Even this past week Clash of Clans held a 5 vs. 5 war special and then an Update Special, both via the streaming service.

However, this marks the first in-game event, that all players (who have hog riders unlocked) should be able to participate in. The event unlocks or starts on Tuesday. Potential ideas is a special base design that players have to defeat in a time limit using only hog riders, or giving all players access to max riders for a short window of time in order to complete a challenge or test against clanmates bases.

One element that all players who have been playing long enough know they are getting during the holidays is the globally beloved 1-gem collector boost. In two days’ time (12/21) the game will update so that players can boost their gold mines, elixir and dark elixir pumps for just one gem. This will double the production of each of those buildings for a 24-hour period. While Clash of Clans team haven’t announced how long the event will last, in past years it ran for two weeks.

If you are going to be traveling and away from the game during the holidays, it is a good idea to boost your collectors and then buy a one-week shield. For players who will be active during this time, raid away! Not only will you be getting double production at your base, but enemy bases will be fuller than ever.

The other known certainty at this time of year is a special Christmas present delivered to your base. Just like around Halloween, a new Christmas tree or decoration will begin appearing in players’ bases in two days (12/21). While typically a Christmas tree, the artwork in-game announcing the event, appears to have several boxes and candy canes, so we may see a switch up this year.

The annual Christmas decoration event is a way for players to mark how much time they have spent in the game. Unless of course you take the quick payout, using costing 25,000 gold to remove and receiving 75,000 gold. But beware, that decoration is a one-time only treat. 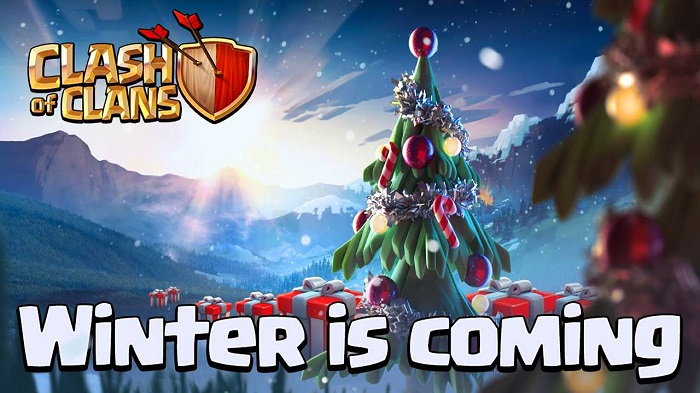