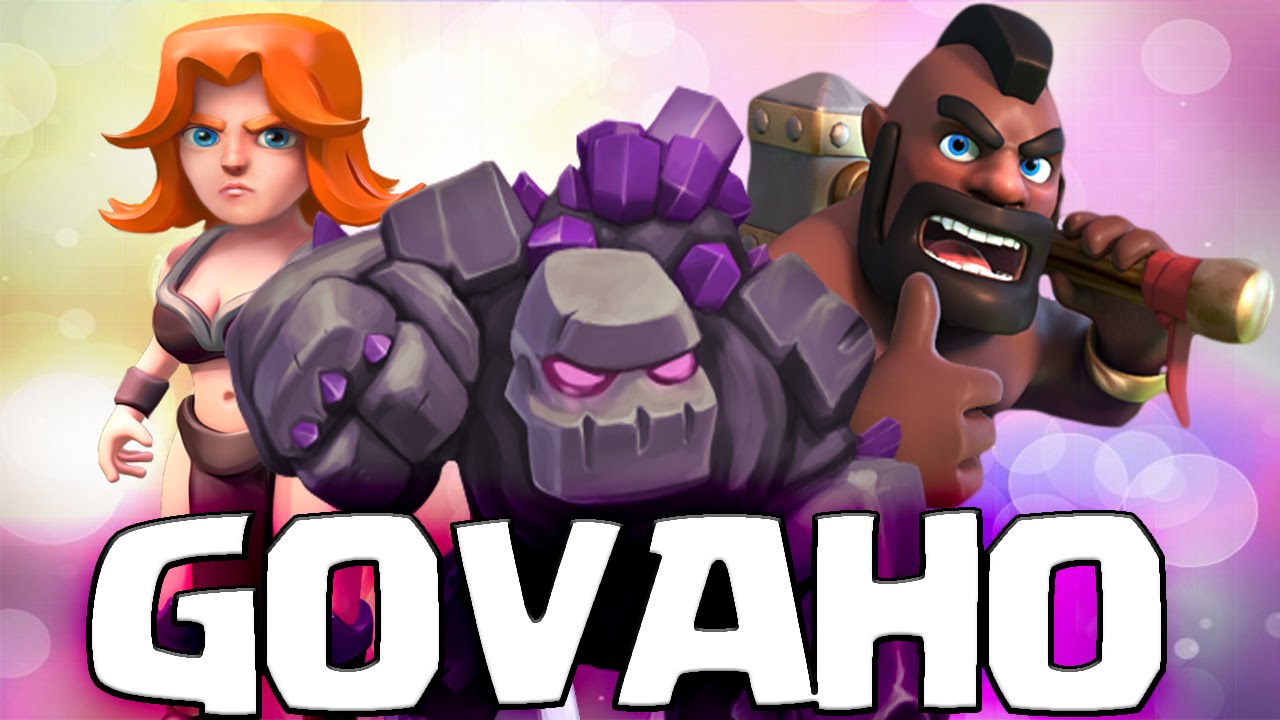 Unless you are really into farming on your own or trophy pushing, clan wars are the focus on your experience in Clash of Clans. It is the best form of competition the game has developed thus far, even with the rampant and known issues with match making and engineering. So, have a strong war attack strategy that you can use against most bases is critical to your success and that of your clan. Enter the Golem, Valkyrie and Hog Rider attack – aka the GoVaHo.

The great thing about the GoVaHo is that it is a clan war strategy that can be used successfully from Town Hall 8 through Town Hall 10. (Note: While it is still useable at TH11, the Eagle impacts dropping the heavy initial wave in this attack). So let’s look at which troops you need to make for Town Halls 8-10, ideal bases, and the execution of the attack.

Here is the number of troops and spells you will need to complete the GoVaHo attack at Town Hall levels 8, 9, and 10.

Which Bases to Target with the GoVaHo?

This is where learning this attack style really becomes helpful. There are very few base designs that cannot be three starred by this attack. Every Town Hall 8 and 9 can be broken down by GoVaHo. Town Hall 10s are usually a safe two-star, with the third star depending on Hero levels, the defenders Inferno Tower levels and the attackers’ skill level with the strategy.

The only ones to potentially avoid are circle bases since it becomes harder to predict the pathing of the golems and valks at the start. Typically, a Queen Walk is ideal for the start for those bases.

Here is the step by step guide for how to execute the Golem, Valkyrie, Hog Rider (GoVaHo) attack.

At times, you’ll want more hogs (more compartments) or a Freeze Spell (going against Infernos to buy the Valkyries more time in the core. Some bases you will be able to access enough of the core with the wallbreakers and one Jump Spell, buying yourself space for an extra rage or heal spell.

If at first you struggle with creating the funnel, directing the Valkyries, deciding on placement of the Hog Riders, etc. do not get discouraged. Use the challenge mode and your clan mates to get practice attacks in. GoVaHo is worth your time and resource investment to learn. Once you do, you’ll be bringing in six star results for your clan during war day. Good luck and clash on!